Today I finished writing a book that I have finished writing at least three times before. Here’s how that works: I type, type, scroll up, scroll down, ponder, celebrate, pace, stew... And finally, when I'm sure I’ve got it right, I write THE END.

A few months later I take a look, expecting to be wildly impressed by myself, but.................  What time away from a manuscript does is erase all the things I thought I said and meant to say, leaving only what I actually said. The good intentions are gone, and only actual results remain.

It’s not really like when the snow melts revealing thawing dog poop. It’s more like when the makeup, spanx and push-up bra are removed... No, that’s not it either.

With fresh new eyes, or rested forgetful eyes, or perhaps older, weary eyes, the passage of time lets me -- or forces me to -- read my own manuscript and see only my manuscript!

After the cringy chagrin wears off, I attack the thing anew.

Again, it gets better as the blinders of immersion re-form.
Again, when  I’m sure I’ve said what I meant to say, and told no more or less than the story I meant to tell, I type THE END, really meaning it this time!

Then, when I am far enough from the process to no longer be reciting whole sections by memory instead of sleeping at night, I bring it up on the screen and.... EEK! WARTS!

The old warts haven’t returned, but new ones have sprouted! Or been revealed!

Ew! A little self-hate, a little humiliation in front of self. A little wine. A little pie. A little blaming the husband for some real or imagined transgression. Then, I’m back at it.

That said, I REALLY finished that book today. I mean seriously, for real this time! And it's absolutely perfect!

Email ThisBlogThis!Share to TwitterShare to FacebookShare to Pinterest
Labels: the end, writing 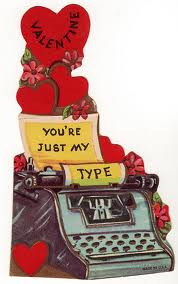 Unfortunately, before one may attain the blissful age of indifference toward Valentine's day, she must endure a few decades of annoyance.
My annoyance era began at Schulze Elementary School in Detroit, where love and history were inexplicably entwined on the bulletin boards. Washington & Lincoln's silhouettes were pasted on red construction paper hearts with paper-doily lace trim.  A naked cupid taking aim at them, further confounded the whole presidential-assassination thing. 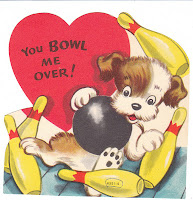 At our desks below, we transformed shoe boxes with tin-foil and ribbon, into Valentine Mail Boxes. No tape or glue happily sticks to tin-foil so the boxes never turned out as one might have hoped. But still, it was all very exciting and romantic.
Everyone bought more or less the same box of Valentines from the same dime store on the corner where the selection was limited to romantic cartoon characters like the Flintstones or Yogi Bear.
There were pricier ones with glitter or  velvety texture, but only rich kids bought those. Well, rich kids and kids like Ruth who had brothers so much older than her that she was practically an only child and was treated like a princess.

We were to give valentines to every kid in the class, but we all knew that not all valentines were created equal. Even out of the same box some were more and others less wonderful.

I remember agonizing over them, carefully selecting the one that would tell Timmy Hicks how I felt about him. The kitty that said, You are the purrrr-fect Valentine? The skunk saying, I'm Scent-i-mental about you? 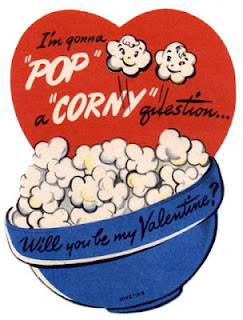 Like shamans who foretell the future by interpreting sheep intestine, my girlfriends and I spent hours after school struggling to decipher the deeper meanings behind the Valentines we'd received.
What was Timmy telling me?
On reflection, I doubt Timmy's era of annoyance had yet begun. His mom probably bought and signed his cards for him to pass out arbitrarily, one per mail box, with no idea which card went to whom. 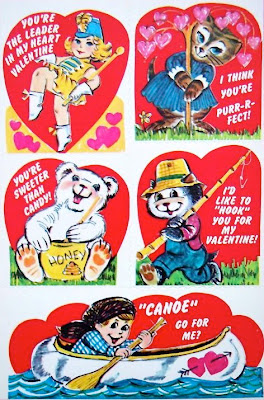 And, after scooping the few chocolates and candy conversation hearts out of his own Mail Box, I suspect he dumped the rest in the trash without a thought. 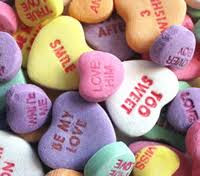 Whatever I may feel about the ache and sag of time's passage, at least I am truly, deeply grateful to no longer be in fifth grade.

My daughter had just been admitted to a hospital up north near her college and I needed to get there. I’m not the greatest driver even when I’m not anxious and sleep deprived, plus my beloved van though certainly willing, may no longer be equal to such a long trip.

The only thing that gave me pause was that the train stretched the six hour drive into ten because of all the stops. But I ultimately decided those four hours were a fair exchange for the chance to stare stupidly out the train window, maybe even nap. I printed out my novel-in-progress on the off chance I’d be able to work, and packed two novels in case I just wanted to read. 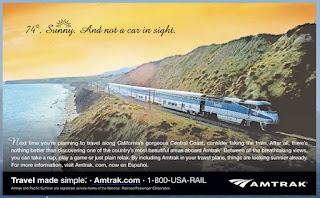 Mitch dropped me at the station with almost an hour cushion to ensure I wasn’t adding any stress to my current load.

It turned out I had ample time to appreciate the beauty of Union Station’s architecture, the tile work, the soaring ceilings, the marble and light, because there was a delay.

Mitch offered to pick me back up and take me to rent a reliable car to cut my time losses. But I insisted on sticking to the plan.

Three and a half hours later, the train pulled into the station. The odd characters with whom I'd passed the time boarded the train with me and we were whisked away. Ah!

But two hours or so from home, we came to an unexplained halt.

The grumbling and theorizing among my fellow passengers increased as we remained unmoving. Time passed and we were given no official explanation.

Luckily, the men working downstairs in the snack car were not so reticent.  They told me someone did themselves in by jumping in front of the train.

I knew trains probably killed hundreds of mice, and rats and bunnies, as well as thousands of bugs a day.  But according to the snack guys, except for the annoying interruption of service, human death was no biggie either.

One of them said he’d had one in New Mexico last week that they cleared in just over an hour, but usually by the time they got the coroner to the crime scene, and cleaned up all the bits, a suicide averaged anywhere between three and six hours.

I changed my order from coffee to wine and returned to my seat. I texted everyone who needed to know, and their reactions ran between sympathetic, to grossed out, to furious on my behalf.

But besides cursing the vagaries of train travel, the ineptitude of AMTRAK, or even the the random tragedy of the poor dead guy’s misery, the thing that seized me was that I'd had to be told  that I'd just been part of an instrument of death.

You’d think there’d have been a shiver or strange sensation at the moment of impact at least. A cosmic, creepy something, an instinctive sorrow or sick feeling... But I'd been no more aware of the man's death on the track than of the bugs' on the windshield.