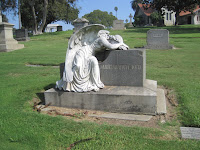 Dears,
Beside my chronic morbidity and the current crush of death in the news, I'm prompted to write today by my recent experience of a futuristic funeral of convenience. 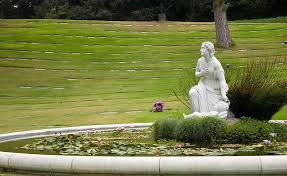 My cousin Lenny died over a year ago. I’d been texting with his daughter during his last days and was informed when he’d breathed his last. I was sad, or sad-ish; Lenny had been a big part of my childhood, and sweet, shiny bits of him remained in my memories, but we hadn’t seen each other in decades. Buying a last minute plane ticket to attend his funeral was not a consideration. 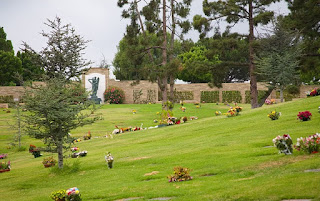 Historically if you must attend a memorial service you did so at a proscribed time in a proscribed place, say Mt. Sinai Chapel at 3:00 on Tuesday the fifth. And in the old days if you were unable to attend because say, you lived in Los Angeles and the deceased was to be interred in Minneapolis, then you were off the hook.

But a few weeks ago Lenny's daughter sent me a package with some old family photos and a disc with a recording of her dad's funeral service. This meant the traditional restrictions of time and distance no longer applied. 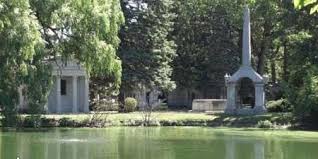 She had taken the time and effort to copy and mail it, so I knew she wanted me to listen, but a disc of this kind is not something a person is necessarily eager to play. But even if I were, it didn’t seem right to pop Lenny's funeral into the player while scrubbing grout or doing my nails.

So weeks, maybe months, passed before I finally took the CD and drove to Forest Lawn. In a feeble attempt to minimize the maudlin creepiness, I avoided the freshly dug graves and the ones with obvious active mourners. I parked instead near the long dead, recognizable by the absence of flowers on their graves. 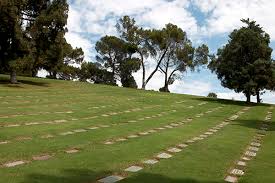 There in the seclusion of the forgotten, I slipped in the disc and attended my cousin’s funeral in the privacy of my car. I watched a cemetery crow hop around while the Rabbi moaned in Hebrew, Lenny's son delivered a eulogy recounting his dad's WWII silver star heroism and cello playing. His granddaughter talked about his jokes and magic tricks and fondness for dogs. 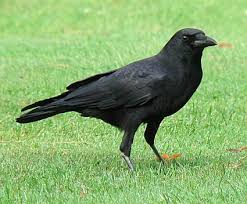 My crow flew away as the service ended with the schmaltzy caterwauling of the cantor. I’d forgotten to bring tissues and had to wipe my snot on my sleeve.