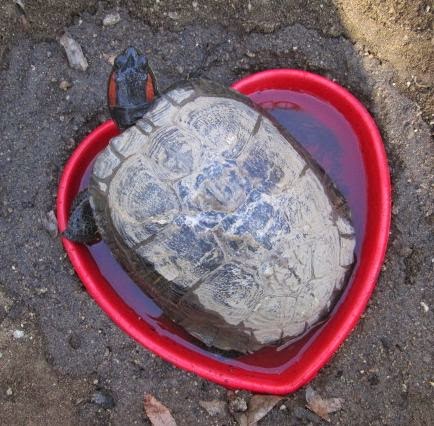 As Valenturtle Day nears on cupid wings and doily hearts, I feel called upon to share  this tragic tale of terrapin heartbreak although it has nothing at all to do with anything besides the fact that Terkel swims in a plastic heart.
It began many years ago when we bought a matched pair of those tiny baby turtles they sell illegally in  China Town, LA.
We thought we were rescuing them. Never mind that two identical babies quickly replaced them on the shelf. 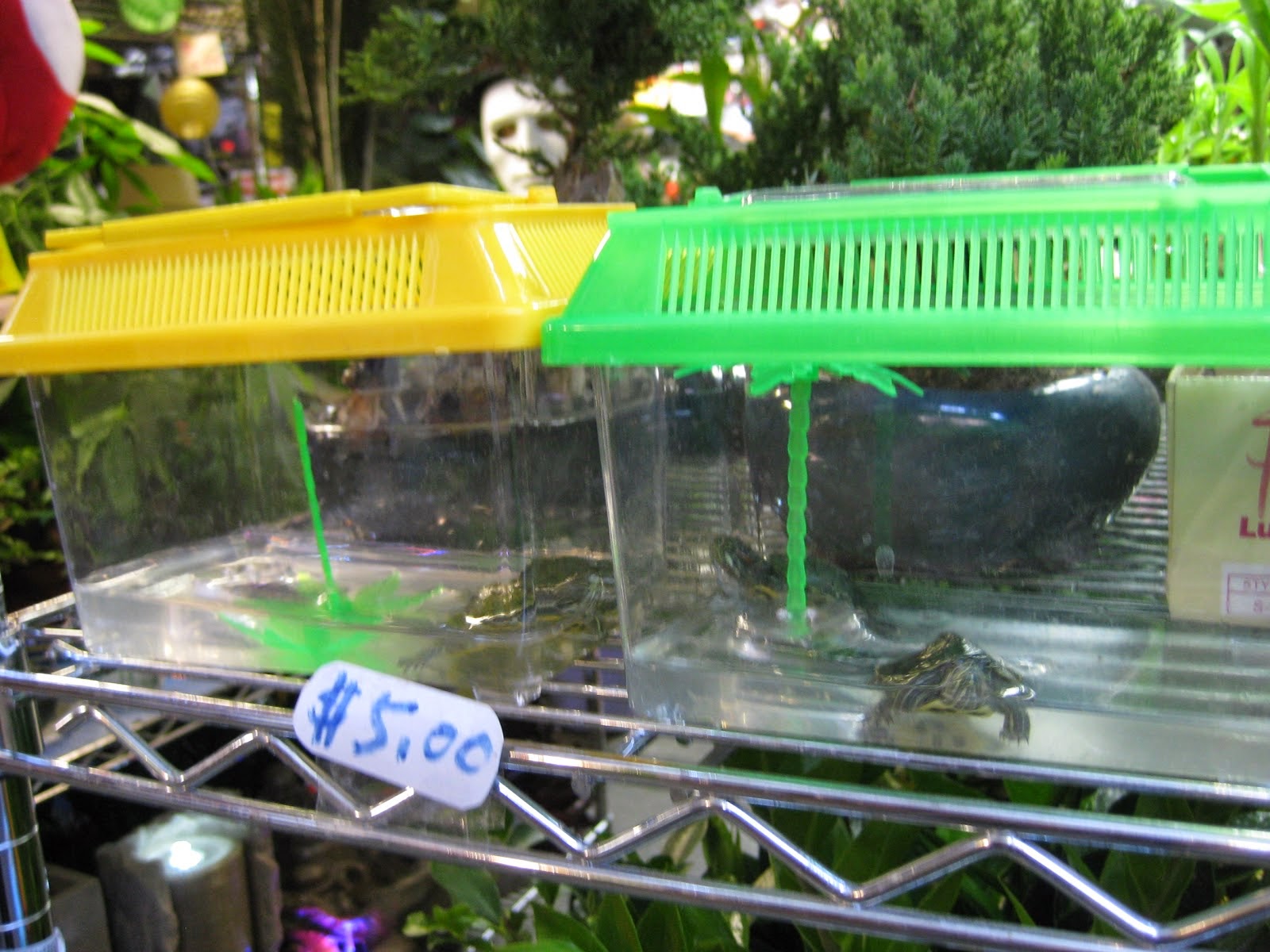 In our defense, they were adorable. Had they been ugly they may have been spared. But they were bright green, with perfect miniature turtle-like details thus paralyzing us with their cuteness.

Each was the size of an earring. In fact, they would have made fabulous earrings.
I’ve read that live baby turtles are also sold as key chains. At least we didn’t do that! And any guilty twinges we may have suffered, were assuaged by the fact that the turtles had each other.

When someone told my son that baby turtles had a high infant mortality rate, he quickly distanced himself emotionally.
Soon after that my daughter realized that turtles don’t do much and her affections strayed as well. 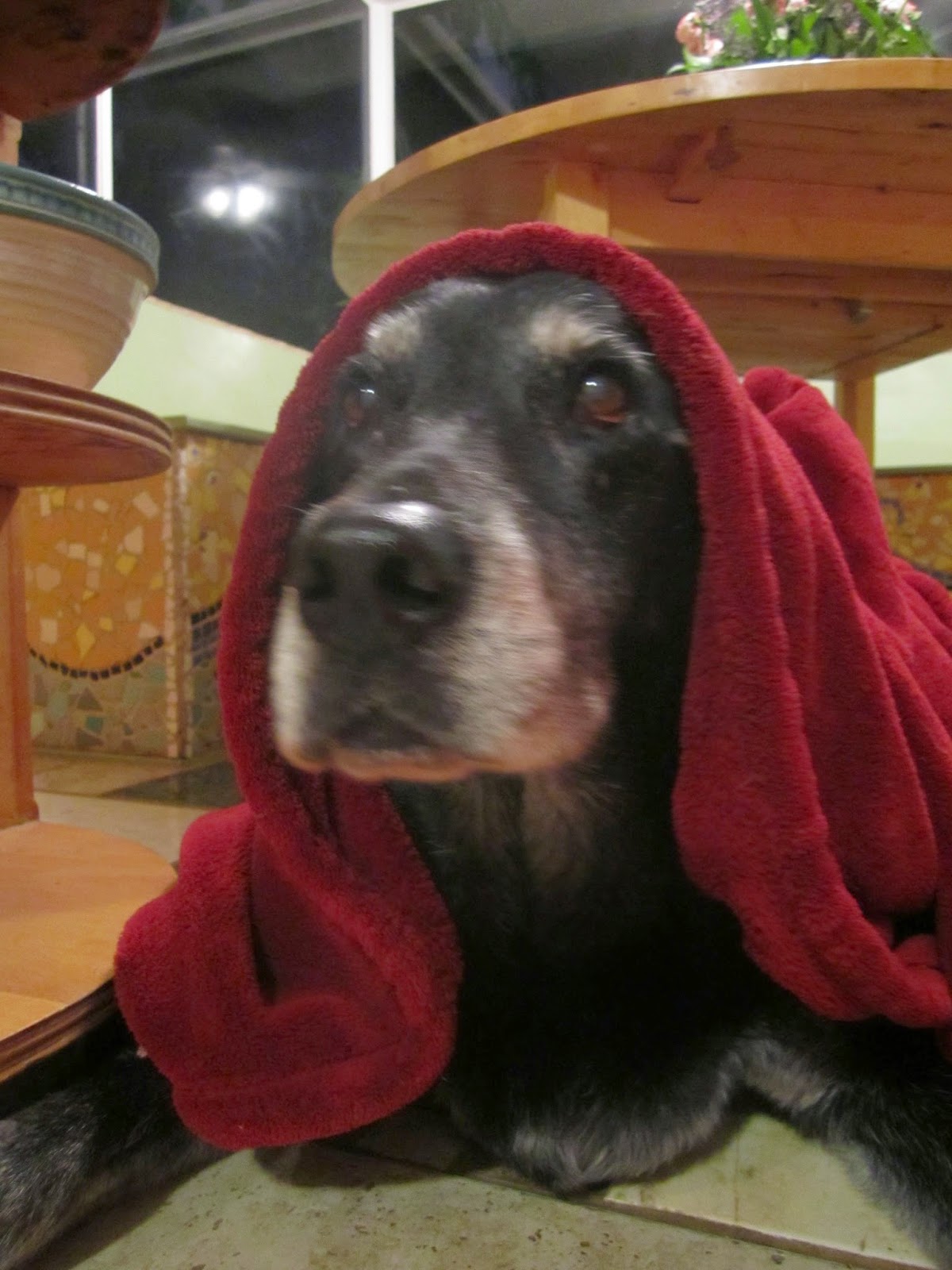 The only member of the family who remained keenly interested in everything the turtles did and said, was our lumpy old lab, Sweetie-the-Dog.

Sweetie knew she was not supposed to eat the bunnies or turtles or guinea pig or any other member of the family.
But you could see her longing for just one taste... She’d sometimes give the other animals long, lingering licks, but she held herself back, until the day she didn’t. 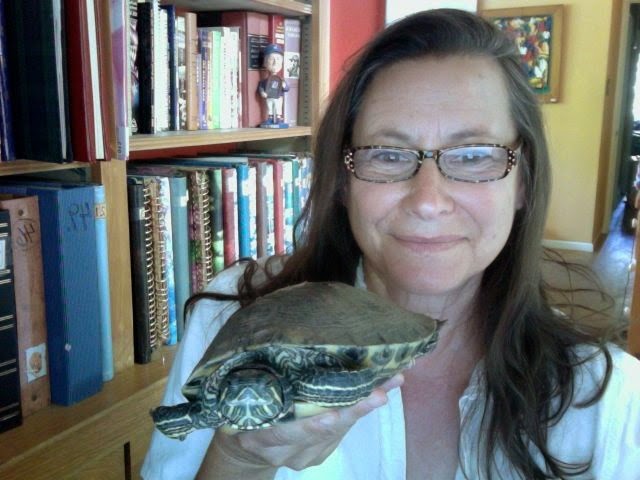 It wasn't easy to find a vet who'd treat a shattered turtle. But she epoxied the shell back together and taught us how to inject antibiotics into in his weird little turtle leg.
He healed. Yes, it was our fault for being inattentive, and there was no excuse. But then, there was really no excuse when it happened again. The second time was fatal. 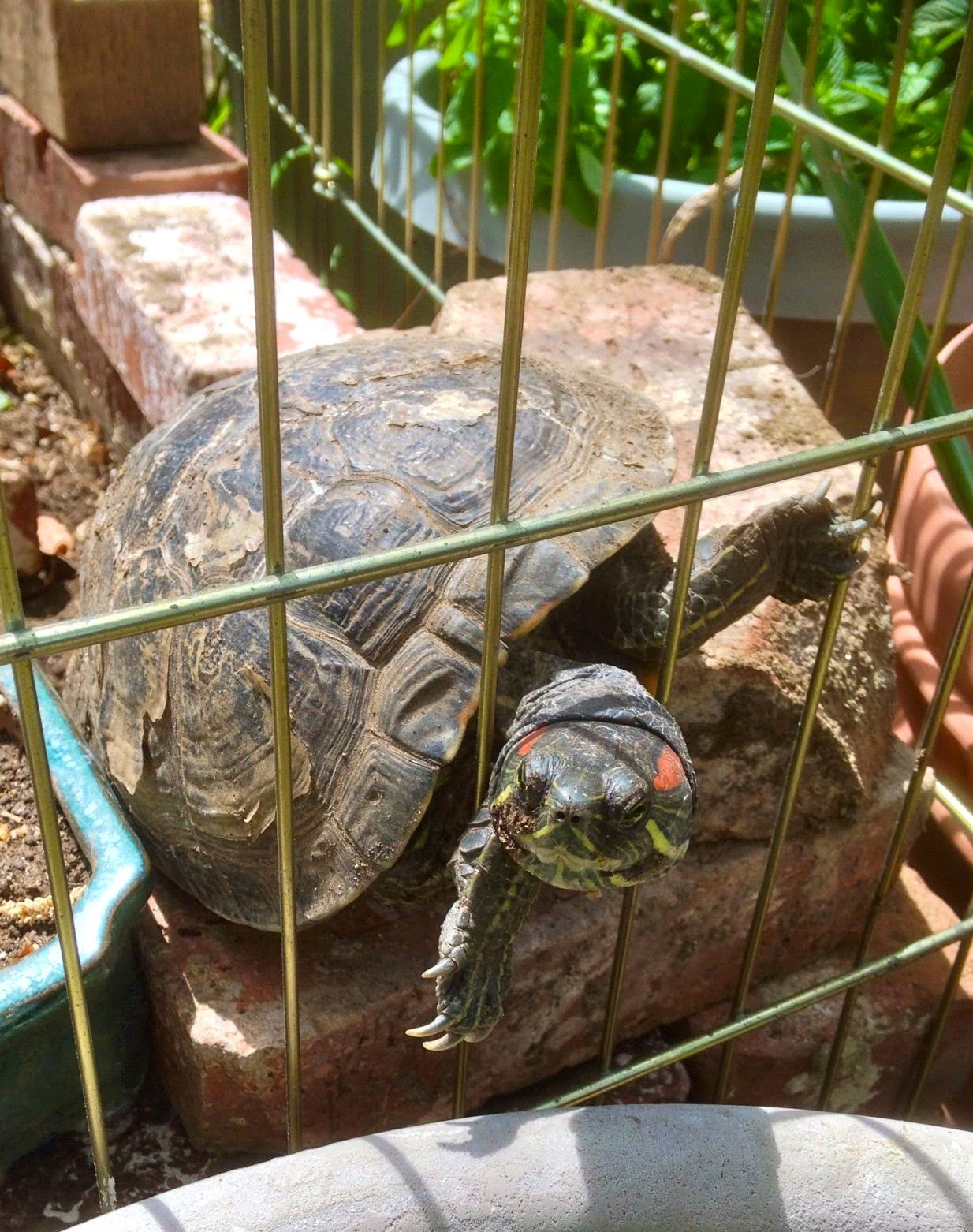 Sweetie-the-Dog is long gone as are the bunnies and guinea pig, but our remaining turtle soldiers on year after year alone. He isn't one to show emotion, so who knows how often the grisly murder of his partner replays in his tiny dinosaur brain? Or how much he misses his mate, and suffers in his isolation?
Terkel shows no interest in or aptitude for catching bugs (having always been hand fed) so we don't dare release him in the wild. But every now and then, we pull into our shells a bit, and reflect on the dangers of cuteness, and the terrible omnipotence of being human.
xo Amy

Perhaps Terkel is plotting revenge. Waiting years for the right moment...and then he makes off with your house.

Love this line, Amy: "Who knows how often the grisly murder of his partner replays in his tiny dinosaur brain?" How old is Terkel now? Humor and pathos simultaneously, how do you do it? :)

Thanks for speaking up for turtles! Lovely post, Amy!